Welcome to the Industrial Waters Conference 2018!

Our host city for this conference will be Auckland which is appropriate given that this will be the largest conference we have ever hosted in the largest Urban Area in New Zealand.

Auckland Council with its Council Controlled Organisation (CCO) Watercare, holds a monopoly on water utilities in the Auckland catchment. The Auckland Council as a unitary authority issues consents while also owning and operating significant Stormwater assets. They are also effectively the sole shareholder of Watercare which provides water and waste services to the region. This dual role as poacher and gamekeeper presents some significant questions about conflicts of interest and balanced decision making. This is significantly different to how any other region or urban centre in NZ operates.

The governance of Watercare is undertaken by a Board of Directors who are legally liable for their actions. This differs from the model in most regions where the ultimate control lies with elected officials who effectively have no legal liability for the decisions they make beyond the next election.

Auckland City is not only New Zealand’s largest urban centre but also its most diverse from a cultural, commercial and industrial perspective. Auckland is also unique in New Zealand in the way it manages its water utilities with the community owned multi-million dollar Watercare operation. The division of the management of the 3 water is unique in New Zealand to Auckland. This is pertinent at a time when there is significant discussion about the ownership and operation of New Zealand's water utilities.

The scale of water and waste assets provides a level of robustness that is not typically shared by smaller urban areas with large industries but it also presents issues as to what is fair charging and adequate policing of contributing industries. The challenges of contamination of Stormwater in estuarine tributaries have also become a major talking point.  Communities are often all too willing to blame industrial contributors in their catchment, without any regard for the impact of urban pollution.

The application of volume-based charging and the universal use of flow meters has led to Auckland having one of the lowest water usage values per head of population of any urban area in the country. The commercial cost of water and the supply limitations has led to many industries looking for more efficient ways to utilise a smaller volume of water.

Not everything done in Auckland will be transferable, or even desirable for other regions. However, we do have the opportunity to see it in action and form our own opinions. We actively encourage Auckland Industries to attend and share their experiences of the Super-city in one of our forum sessions.

"It was very valuable to see a group of individuals and organisations with a 'like' purpose all attempting to change the way that the three waters are perceived, the level of mutual support available and the high quality of the speakers and governance levels of the Forum itself." - from a 2017 attendee

See our programme page and speaker page for details.

Register your interest to attend the 2018 Forum

Know the latest updates regarding this conference. Register you interest in attending this event by clicking the button below.

An inspiring collection of selected speakers

This years Forum to be held in Auckland

Auckland City is not only New Zealand’s largest urban centre but also its most diverse from a cultural, commercial and industrial perspective.

The conference will be held at the Waipuna Hotel, in Mount Wellington Auckland. See you there! 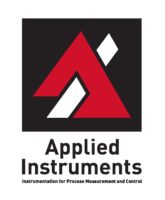